STOP THE PRESSES: Just noticed that the Warriors of Dale sprue contains 10 warriors, not a dozen. I will not buy a box because of this, but I am toying with the idea of stealing one from the LFGS... 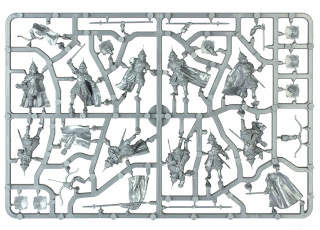 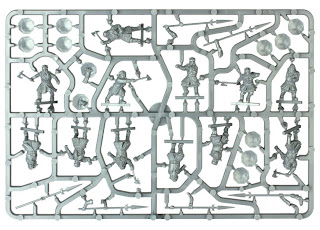 I already own so many dwarves that I can't really get excited about these Erebor warriors. They are nice, of course, but I won't be buying me any.
But the Dale warriors... my, my, do I like these miniatures. They even have the feeling of Angus McBride. 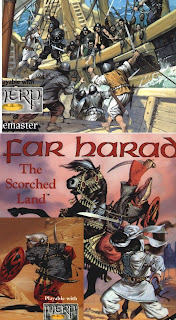 Anyway, the purpose of this post is to get back up on the saddle when it comes to the hobby and the blog.
So, what's up besides all other things listed in earlier posts (the Easterling project, rewriting of army-lists etc)? This is up:

- Repaint most of my models that were painted before 2011. This is a four or five year project which I will vary with "normal" hobby, AKA new models and sculpting projects. But the main project for the closest years will be repainting.
- Try to repackage a couple of the armies so I can fit some new projects in the tiny apartment I live in.
- I shall, thanks to el Zorro, take some pictures of the Tom Meier cavalry I have in the Rivendell army. Expect it soon or bash me verbally if it takes to long.

I had a tonne of other things to say but I am still tired and not fully 100% operational. My salutations to all of you!
Upplagd av Llama kl. 07:05 5 kommentarer:

A short and informative post here, since the light from the screen is hurting my eyes: I fell ill a week ago and am still not cured. Just your regular cold, but somehow it was armed with a mallet and smacked the living crap out of me (this is just a statement, not a way to get "naaw":s), the headache is probably something like that of Wolf Larsens in the end of the book...
I see you when I see you.
Upplagd av Llama kl. 12:42 2 kommentarer:

I was first thinking of typing "Restoration of Rhûn" but that would've sounded too interesting. This project is not even started and is not especially interesting yet. Yet... The intention here is to repaint all the easterlings and the khandish warriors. Again, I am uncertain of the English spelling rules: Should one write Easterlings with a capital first letter like in Swedes and Portugese or is it just plainly easterlings? Then what about Elves/elves?
With the help of google or duckduckgo, I could probably find an answer, but I prefer to guess and live in darkness until I decide what is correct. You could of course help me on this matter, but it is not certain I will appreciate it (reverse psychology to get an answer, lazy me).

The army that will be renovated consists of only Easterlings and Khandish warriors. In my little project to make WotR more enjoyable (well, for me at least), I have separated the army Fallen Realms into Rhûn (consists of Rhûn and Khand) and Harad which contains Harad and Far Harad - possibly also parts of Umbar... I removed all the Morgul and Mournedain to Mordor, which also got a little trim... But that's another post wholly. Here's what is on the Rhûn platter:

- 16 Easterling phalangists. Four of these are converted archers which will be repositioned.
- 16 Easterling archers. Remember, the Easterling box used to come with two sprues, each sprue had 2 phalangists, 4 archers and 4 swordsmen. A total of 20 models (not 24, which were more or less the standard for Lord of the Rings: Strategy Battle Game, at the time).
- 24 Easterling swordsmen.

56 soldiers. So, where's the missing 4 from the three boxes? They were converted into:

Other Rhûnish warriors in the army are:

- 13 Easterling kataphracts. I love these models. They look heavy and "real", and the official paint-scheme feels vulgar-rich and pagan which IMO feels perfect for the Easterlings. Wich is reflected, maybe a little to much, in the palanquin/carpet of the Crazy King...
- 1 Crazy King of Rhûn (this is possibly a workname, it has kind of stuck though... ).


Furthermore, in the Khandish part of the army we have:

- 3 Khandish Charioteers. The chariots are scratch-built, and the charioteers are white metal.
- 1 Khandish Chieftain. In a chariot.
- 8 Khandish Horsemen. These are such nice sculpts... but they came just five in one box. So, with the help of our favourite sculptors Alan and Michael Perry, I got me from the very nice webshop Perry Miniatures a little box with three Korean horsemen which fit in really good. It was easy to see where they got the inspiration when sculpting the Khandish warriors.

There aren't movement trays for all the squadrons of cavalry which will be corrected, existing bases and trays will be touched up - or severly rescued from boredom, to be honest... All the models needs to be repainted. Etcetera, etcetera... (yes, I know the original phrase is "et cetera" but it is totally unnecessary to type it in classic Latin since it is now a word of its own, we do not need to go into the etymology of the word, everybody knows what it means anyway).

As stated earlier, this is a busy time of the year, and with the lay-offs we are severly undermanned at my company so work is prioritized this whole month. Work on the Fraggel-rock must continue... this means that the above project will not get any love until the 24-25th of February, but in the meantime I will try to update this blog a little more often.

Thank you for reading and all the best!

A suggestion from Scott resulted in a fur-sculpting session of exactly one hour and twelve minutes: 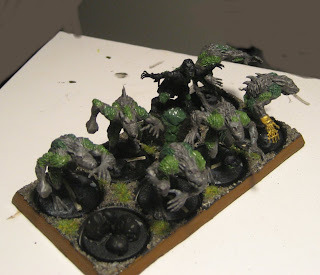 You may notice the golden glove on the werewolf to the far right. I can't say much about this as I have forgotten what I was thinking at the time of gluing it to the arm of the werewolf. Now it is there and concordedly, I will deal with it by letting it stay but giving it a verdegris and let it look like some ancient fighting glove simple enough for these feral brutes to use. Sort of a sign of the pack leader...

The Hunter Orcs have been based and touched up and are ready for a fight:

And I also took a fast walk to the LFGS and bought me a box of Angry Dwarves clad in steel. Or Martillos Siniestros de la Tutti de Guerra. The Mornes-Martels/Grim Hammerers are sized exactly like the old dwarves from the Lord of the Rings-line and look really nice.
The price is a letdown, but we all knew that. Twelve miniatures for around 240 SEK (I guess this translates to roughly 24 GBP whilst the pound is somewhat less strong against the crown at the moment) is of course idiotic. But not idiotic enough for me or perhaps just perfectly idiotic. This is something we will never know...
Time flies when you blog and now it is time for me leave this window and continue to another window for my weekly net-hating (as the media calls us who are caring for our society and country). Good day, gentlemen! And thank you for your comments and feedback, it helps the projects become better!
--- --- ---
Visit these links for some really nice gobbos and a sweet little cart/wagon from my blogging colleagues.
Upplagd av Llama kl. 10:43 7 kommentarer:
Senare inlägg Äldre inlägg Startsida
Prenumerera på: Inlägg (Atom)