Is that a cool way to say "vacation"? Vay-cay?
Anyhow, back from vay-cay but this time I never went to The Dark Continent - that's reserved for work. As I am sitting here, I am pondering on whether or not to get me another fire-arm... a r3volver (leet-speek!), this time. As I am a highly unstable and aggressive person, I feel it is better the more weapons I own. 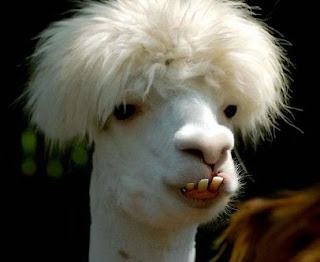 To get me back on the hobby-track, I listened to the calling of my own semi-psychotic voice to make another list of what "needs be doing". Naturally, one doesn't "need" doing anything when it comes to a hobby, but that's where the "semi-psychotic" comes in. Blah-blah, here's the list, read it or die:

1.0 Finish the Swan Sky Chariot.
1.1 Make rules for the Swan Sky Chariot. Or not, maybe it is just too un-LotR-y to use in a game...
2.0 Finish the renovation of my Rhûn-army. It is very close to completion, just missing a few parts, namely five or maybe six cavalry movement trays.
3.0 The Rhûn automatons need a lot of work, but they will take up a lot of space when finished so I am putting off on working on them, however relaxing and enjoyable it might be... 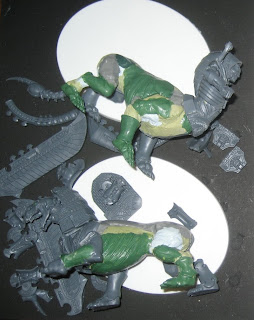 4.0 This blip on the hobby-radar is a writing project: Reduxing the War of the Rings-rules, very slightly, and then boil it down and make it easier for newbies to grasp. Essentially a tidied up version of WotR. This will help me when launching my very long-term project: Getting new players into the hobby. Estimated date for kickoff: 2017.
5.0 Touch up Radagast on Rabbit Sleigh. I need to make it pop! Colours are my friend!
6.0 Start a new project! This project has to follow the following rules: It mustn't take up a lot of space. It must be convoluted and somewhat complicated. It should already have some sort of rules in the game (tired of making all these fantastic contraptions that only I can use and hence never will use!). It should be some sort of theme, preferably in 25 mm, sort of like the Ringwraith Project, and alike the project just mentioned, need to consist of several modules/parts-of-the-project. See image below point 7.0.
7.0 Touch up the painting on the Council of Wizardry - especially Pallando and Radagast. 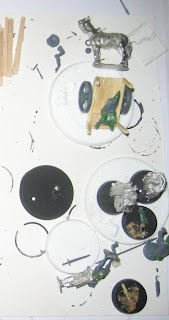 8.0 Look at this list, to see what else I've promised myself to do.
9.0 Post an image of my test-hobbit (from a 1:72 peasant). Project first mentioned here.


My vacation was spent by the brackish water of the Baltic. I met the white/true-Swede version of the immigrant thugs that roam my local streets: Young, white, drunk soon-to-be-men in Volvos. They were equally unpleasant but not as dangerous to my physical well-being as the ones I am normally used to handle. Equally annoying, though.

A lot of time was spent playing Adventures of Lollo (8-bit Nintendo, or PAL-system, I think it was called somewhere in the world... or Famicom... or is that the 16-bit version? ... I digress... ). This game was so much fun, I litterarly sat in front of one particular level for 65 minutes, just thinking and trying different ways of clearing it (it was a middle-tier level, floor 4). And the next day, after sleeping, I cleared the floor within 3 minutes! Thank you John Blund.

There's a bunch of work to be done at my company so I won't be doing especially much Lord of the Rings-things, but I thank you for stopping by and reading here every once in a while, even though it sometimes goes a bit slow. And thank you guys for giving advice when I ask for it and also for the sometimes kind words and (hopefully) sincere critique which helps me get better at sculpting and other things (ever so slightly) over the years.
Upplagd av Llama kl. 20:02 2 kommentarer:

Opening again Friday 19th of July. Have a good summer all you northern hemispherers. And you too southerners, by all means, enjoy your crappy winter while it lasts. 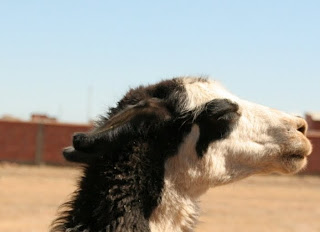 Besides enjoying the sun (see image above), there might be some douche guitar-playing by the campfire, effectively killing every conversation in a mile radius (see illustration below on how sexy it generally looks with a guitar in your manly sausage-hand). 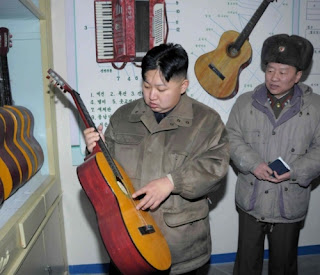 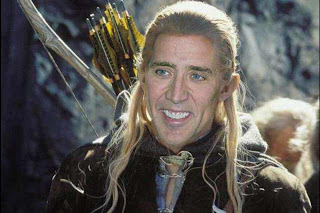 Otherwise, I'll just be me, being blonde and awesome and enjoy my own mirror image. Have a good one, one and all!
Upplagd av Llama kl. 09:56 2 kommentarer:

The smell of burnt car...

... is quite heavy nowadays, in the "New" Sweden. This week's toll in my part of town: 8 cars, a garage (three garage-ports), some random beatings etc etc.

This is how my first night of the summer vacation was "celebrated". I removed the sound. It was not much: Me saying some things, three car alarms going berserk and some "youth" yelling at the firemen. The firemen have been instructed by their bosses not to use the blue-lights and sirens when responding to car fires and other "youth"-arsonist-related calls. It is "provoking". I fuck you not: It is considered "provoking" towards the "youth"! I never went closer since the police arrived to protect the firemen and they generally behave more aggressive against us innocent bystanders than against the perpetrators.
Two of the cars exploded in a spectacular way. I do not care anymore, but I just wanted to show the pillar of smoke that later became much larger as other cars caught fire. And as is so common with UFO-sightings, my camera died just when the action started, hehehehe.... So, you'll have to take me on my words here.
No hobby news, as you might expect from the days just before vacation ("clearing the desk", I believe it is called), I'll be leaving town for other stuff and hopefully leave most of this burning multiculturalism behind me.
Tomorrow I'll be having a date with a newly employed girl from work. Yay! Appearantly she hasn't really grasped what it is we try to do at work (make money), since she really doesn't seem to care about the fact that I've costed ridiculous amounts of money for the company. And not to mention the amount of low-aggression arguments I've started with my even more incompetent bosses. Or perhaps she's just impressed with bad boys - bad as in incompetent... ;) 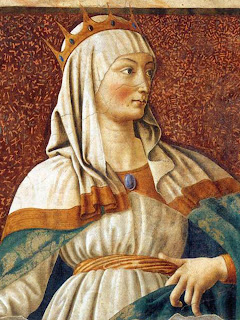 What to do when back in the banlieu then? Well, to post some updated army-pics, that's first on the list of priorities. Secondly, to post a battle-report. This time with terrain featuring in the pictures! But not necessarily in the battle itself. I would also like to work some more on the War of the Ring-rules.
Also, finishing the Rhûn automatons... Watching Futurama is also important...
Okay, that's my rant for tonight. See you when I see you. 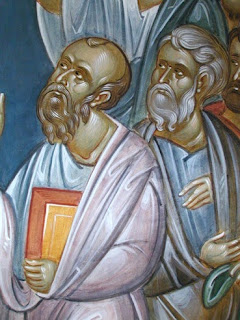