Big update today. The moulds for the chariot are just the first iteration, I will use the successful casts to redo some details I wasn't satisfied with and then make another mould from there. Not sure if that is standard practice, but I felt it necessary with this rather extensive project. 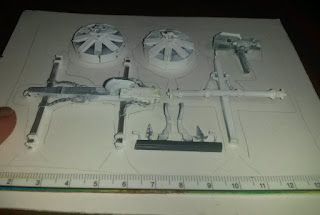 Crammed in a lot of pieces in this one... Above, you can see me mapping out the mould. 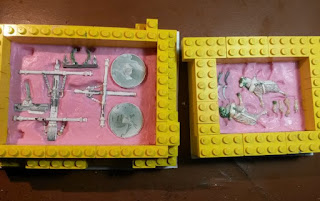 As I said: I crammed a lot of components into each mould (not recommended for various reasons) but tried to have a logical system. Above you can see that the various couplings and pulling-paraphernilia got a mould of their own, and the goats were all paired up. 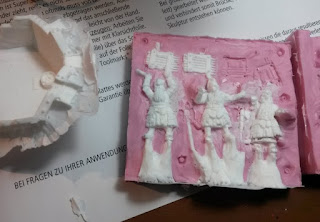 These are the three first acceptably cast dwarves of which two ended up in South Africa! 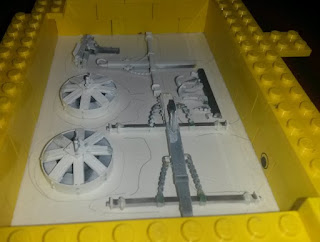 Basic outline of some of the details of the wagon. 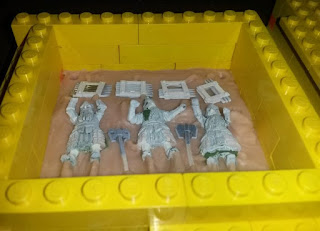 I (stupidly) experimented with using Super Sculpey as anchor-clay for this first mould. It is softer than plastiline... also, as a sidetrack, always remember to use sulphur-free plastilina when using the normal type of silicone. It worked wonders in many ways, using SS, but in the end it reacted with the primer I had used on the dwarves (for marketing reasons) and that in turned reacted in one place with the silicone. All in all this mould was a success.


[Removed a picture which showed a company mould-making-secret] 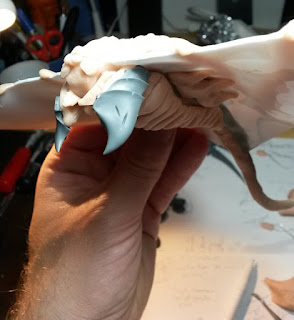 I felt lazy and have been toying around with various bits and pieces as well as sketching and trying out new ideas on Moth Queen's face. These are just some experiments - in the end I decided that my original design was rather okay, and I will go forward with it. 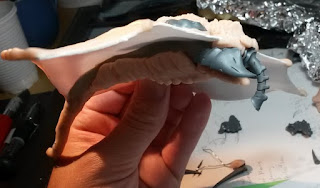 Too big mandibles... Eventually I sculpted the ones I had intended to do. But the bits helped me visualize how crappy my new idea was. Also, if I would ever sell this flokker, I would not like to use other people's stuff in the final product. 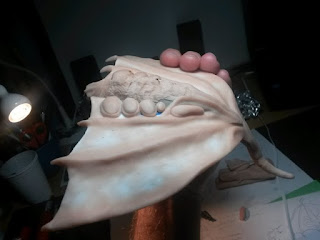 Mapping out and sculpting her sap-containers. Not showing the start of the Final Face. 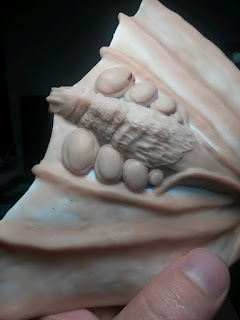 A moth needs her fur. 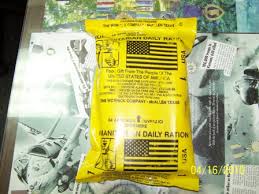 Other big news is that Rimworld (see above for a Packaged Survival Meal), by the fantastic Tynan Sylvester, has reached Steam - I do not use Steam since I dislike borrowing things from other people, I like to own my stuff. Hr-hrmph... Time will be allocated to playing Rimworld, but not that much... I backe his project back in whenever, and have been receiving a new alpha every once in a while and have really gotten my fill of the space-colony-storytelling-machine that is Rimworld, but I am not yet fed up with it. 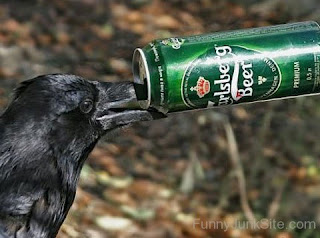 Keep your eyes out for this little guy in the future... 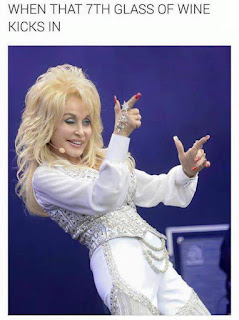 The beer was not my point, but we'll get back to that later. See you later, fingerbangers!
Upplagd av Llama kl. 11:17